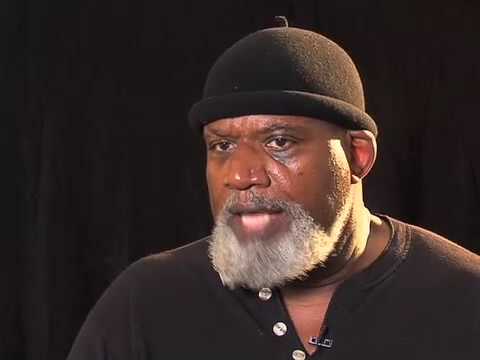 If you’re in the sports or academia circuit, Dr. Harry Edwards needs no introduction. However, for those who aren’t famliar with his name or his accolades, a brief summation is as follows: he has stood proud as a Black Panther and cohort of Malcolm X, he has provided his entire life as a human rights activist and is responsible for lifting the status of Black Athletes (as well as athletes, in general, and Black Americans, in general), he has served as the spiritual adviser to the San Francisco 49ers (and holds 4 Superbowl rings) — and last but not least, he is Professor Emeritus of UC Berkeley.

Although Dr. Edwards is the frequent and go-to lecturer in the area of sports and race relations, he has adopted another crucial and huge undertaking:  spearheading a paradigm shift in society’s view of women and girls. So as a husband, a father, a grandfather, a human rights activist and as a citizen, he is personally committed. He is committed to elevating the status, the circumstance and outcome of this disregarded and disrespected group.

There is a huge plight that lays before us. So, here are his critical words that he emailed yesterday. These are words that we should all heed and put forward through action.

THE PLIGHT OF WOMEN AND GIRLS IN AMERICA: ADDRESSING THE CHALLENGES

In my 50 years of activist efforts around social issues  (1968 Olympic Project For Human Rights, Player Development and Support Systems in Collegiate and Professional Sports, etc.), I have determined that there are 3 factors that are critical to fomenting substantive change.

IN ALL 3 OF THESE CRITICAL AREAS, EFFORTS HAVE TENDED TO FALL SHORT OF THE MARK REGARDING WOMEN AND GIRLS:

There has been too much silence. This is as opposed to vociferous outrage relative to the magnitude, scope, severity and frequency of violence. Silence also in other forms of abuse against women and girls. This includes underprivileged women and girls, in particular, being victims of this situation. Silence is Evil’s greatest and most consistently dependable ally.

We must recognize and implement the full scope and scale of demand in this media-saturated age of mass communication.  Not only the aggrieved but particularly men and boys of all standing and statuses. The high profile artists (musicians, singers, etc.), athletes, politicians, pastors, economic leaders and community organizers and activists.

Activists, on CAMPUSES and in the COMMUNITY, there was not a single viable movement over the course of the 20th century. So, that did not involve students/campuses as major actors. Also, if a movement doesn’t reach the level of the community, it will fail.

And there must be the engagement of the POLITICAL AND STRUCTURAL APPARATUS THE  ECONOMY ( as we have learned through the outcomes of the Black Civil Rights Movement, social-cultural liberation without economic development is HOLLOW!).  IN EVERY REALM OF SOCIETY PEOPLE MUST BE MOVED TO MANIFEST AN UNFLINCHING DEDICATION TO STRUCTURAL AND SOCIAL- CULTURAL. PEOPLE SHOULD CHANGE REGARDING THE STATUS, CIRCUMSTANCES AND OUTCOMES OF WOMEN AND GIRLS. AND EVERY EFFORT MUST BE MADE BY MEN AND BOYS NOT ONLY TO PARTNER WITH WOMEN AND GIRLS IN THAT PROCESS, BUT TO HELP LEAD IT.

This is perhaps the greatest challenge:

TO GET THIS SOCIETY TO REALIZE THE OBVIOUS:  THAT WE WILL NEVER BE ABLE TO COMPETE SUCCESSFULLY IN AN EVER MORE GLOBALIZED WORLD WITH OVER 50% OF OUR CREATIVE POTENTIAL, POLITICAL INGENUITY AND HUMAN CAPITAL LIVING UNDER PERSISTING THREAT OF HUMILIATION, FEAR OF AND ACTUAL AB– USE, SUBJECTED TO EDUCATIONAL AND ECONOMIC UNDERDEVELOPMENT AND, NOT INFREQUENTLY, TO OUTRIGHT MARGINALIZATION AND NEGLECT. IN THE END, A MAJOR IMPERATIVE OF THIS STRUGGLE MUST BE TO GET THIS SOCIETY TO REALIZE THAT MEN AND BOYS CANNOT BE  ALL THAT THEY CAN BE UNTIL WOMEN AND GIRLS CAN BE EVERYTHING THAT THEY OUGHT TO BE.

If we are to succeed in mounting a viable and enduring struggle on behalf of ALL WOMEN AND GIRLS  – AND BY EXTENSION ON BEHALF OF US ALL, we must have a coordinated strategy to assault and surmount each of these three challenges.  If we do not approach this systematic problem with a collaborative, coordinated systematic strategy, we will inevitably end up with a divided. We’re multi-focused “Whack-a- pop up” movement effort that goes from crisis to crisis and issue to issue, from theme to theme and outspoken group to outspoken group – but which accomplishes little in the way of long term, enduring, systematic institutionalized solutions and overall change.

THE PLIGHT OF WOMEN AND GIRLS IN AMERICA: CONCLUSION

And finally, let me say this:  if you really want to witness the urgency, the critically grave stakes and the human toll involved regarding the struggle to elevate the status, circumstances and outcomes of women, DO A THOROUGH, OBJECTIVE, AND CONSCIENTIOUS ANALYSIS OF THE SITUATIONS OF WOMEN AND GIRLS IN TRADITIONAL COMMUNITIES OF COLOR. What you will find in far too many cases are circumstances. These circumstances can only be deemed a political and moral outrage. This is a manifestation of THE MOST URGENT HUMAN RIGHTS PROBLEM IN THIS NATION TODAY.

The only issue is DO WE AS A NATION HAVE THE VISION, THE CHARACTER, AND THE WILL? SO, DO WE HAVE COMMITMENT TO ACTIVELY AND EARNESTLY ADDRESS THE PROBLEMS AND ISSUES INVOLVED.

+ CHECK OUT MY IN DEPTH INTERVIEW WITH TJ JACKSON FOR YAHOO! PARENTING.
Black womenDr. Harry EdwardsWomen and violence
by ELAINESIR

POLITICAL ACTION GROUPS STANDING IN THE FACE OF INJUSTICE :: ALL YOU NEED IS A LIVING ROOM (BROUGHT TO YOU BY WE THE FREE (WTF))