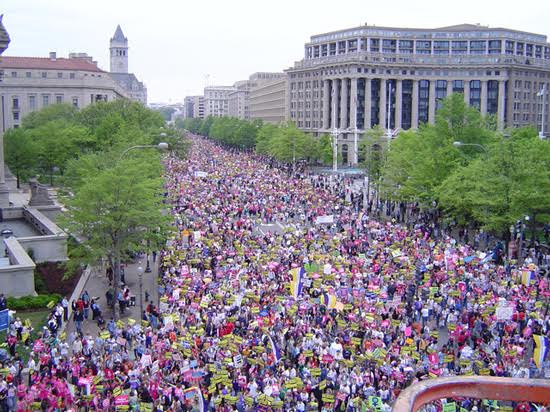 Strangely, I feel hopeful and energized. The dread I have been carrying around peaked on New Year’s Day—the month of the inauguration, the year of the first 100 days—and then, unexpectedly, began to recede.

It’s because I see incredible movement all around me. I see groups of thousands, ten thousands, hundreds of thousands of people coalescing and turning energy into action—through phone calls, through rallies, through town hall meetings, through media campaigns, through donations, through volunteer efforts. Also, I see energetic new movements and a good-natured crowd of daily or weekly action lists (My Civic Workout, Wall of Us, Re:Act, and Flippable, and my own, Five Minutes, are just a few). I see arguments about direction and priorities, and that’s good and healthy—that’s how movements and people grow. And today and Saturday there are going to be protests and rallies and marches and acts of resistance all over the country.

Saturday’s Women’s March in D.C., and its sister marches all over the world, are not just for women! And they are not just about women. They are about the rights and dignity of the many hundreds of millions of people targeted by the incoming administration’s hateful words and extremist agenda.

So! We are just getting started. We are seeing the rise of a progressive movement unlike any seen since the Civil Rights Movement, and you are a part of it. You are putting your capable and caring hands on the wheel, alongside millions of others, to take this dangerous curve in the road and turn it firmly toward greater justice and equity.

If you can, attend the Women’s March or a sister march on Saturday. If you can’t attend, there are many other ways you can participate. Here are a few.