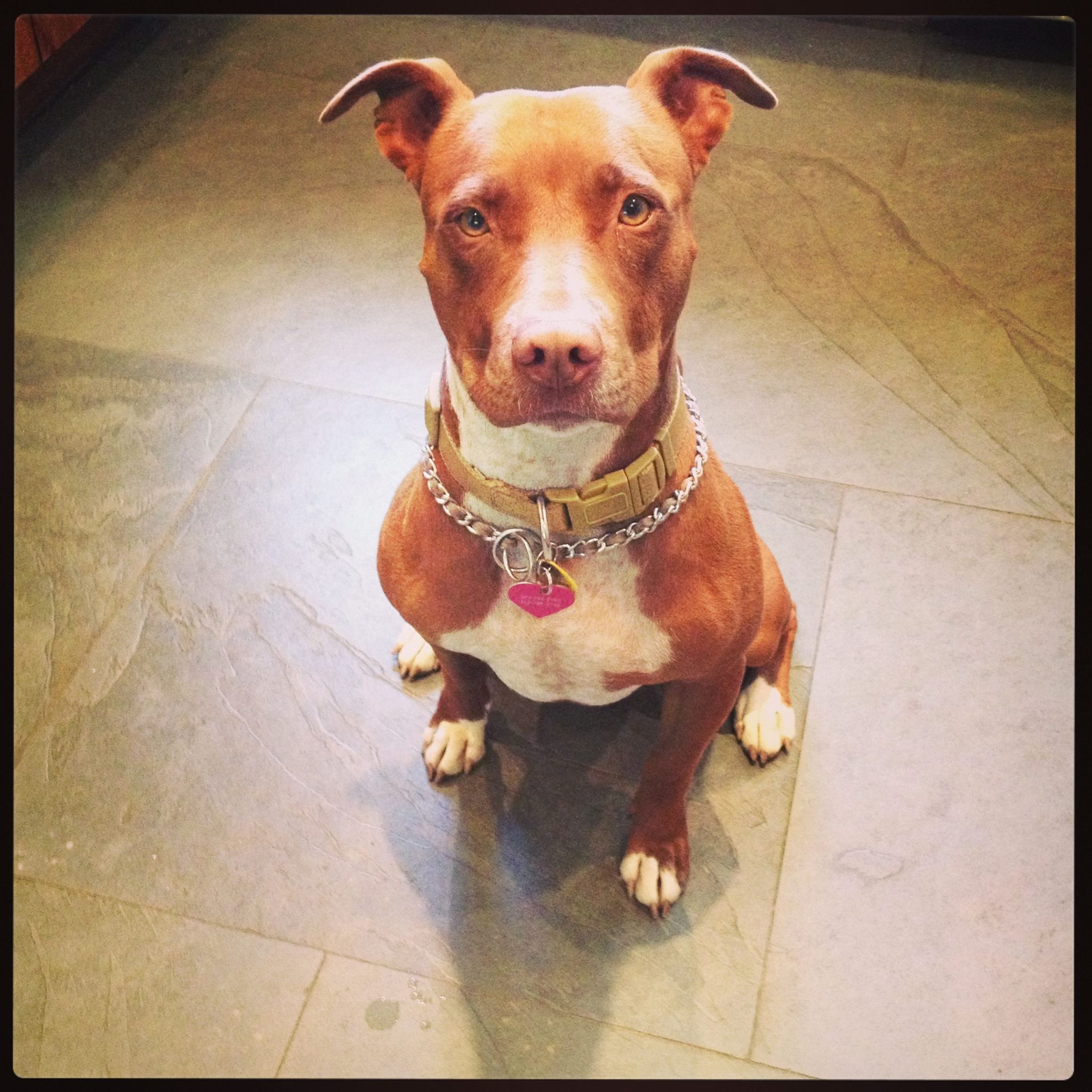 Behind the Increasing Adoptions of Pitbulls

Evelyn Jerome was walking down the aisle of the West Los Angeles Animal Shelter on a Saturday in 1999 when she met Madison for the first time.

“I went down the side with the girl dogs, and I saw this sweet little dog,” the Topanga, California resident, 47, said. “When I walked down the aisle, she was the only one who went up to the bars and licked my fingers. In fact, I thought she was the cutest thing I’d ever seen.”

Madison was a puppy, mostly white with a black face and ears. Her paperwork said she was a labrador dalmatian mix, but Jerome was skeptical. So she contacted a dog expert. As it turned out, Madison was not a Labrador mix, but a pitbull. Unlike many who might be afraid of rescuing a pitbull, this didn’t stop Jerome from adopting Madison as soon as possible.

In fact, shelter pitbulls like Madison are being adopted more frequently, a trend that has increased in recent years. In 2013, pitbulls were the third most common breed type adopted, according to the APSCA. Then in 2016, pitbulls were the second most common breed type adopted and made up 15 percent of total dog adoptions. Dr. Emily Weiss, the former Vice President of Research & Development at the ASPCA, says these statistics are promising for the breed.

“When we first started, we were excited to place one dog a month,” said Cydney Cross, founder of Out of the Pits, a pitbull rescue organization based in Albany, New York. “Now we have 53,000 in 25 years.” 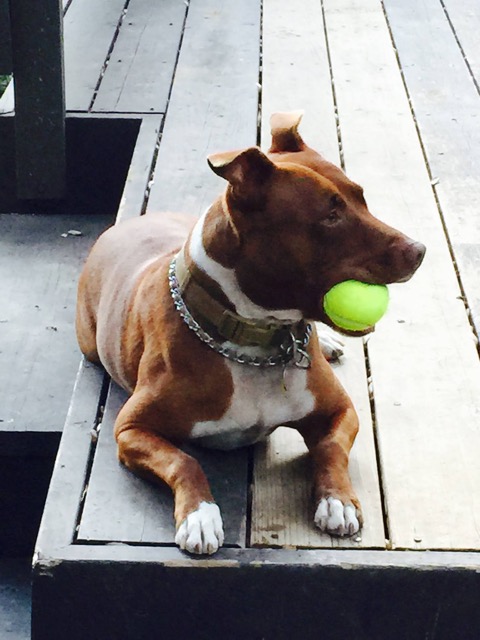 Pitbulls are stereotyped as violent and dangerous.

But while they are often associated with dog fighting and attacking humans, pitbulls were once America’s quintessential family dog.

“Before I got [my pitbull] Lexi, I thought they were vicious dogs,” said Los Angeles real estate agent and pitbull owner Sara Reichling, 43. “I read things in the papers like they were vicious. But we didn’t find that with Lexi at all. In fact, I’ve never had any worries about [my five-year-old daughter] being around her.”

In the first half of the 20th century, pitbulls were cast acting as trick dogs in comedic movie roles. Then by the 1970s, pitbulls were associated with dogfights and were stereotyped as dangerous. So people began reading about dog fights. sSw the term ‘pitbull’ and became concerned over their supposedly dangerous characteristics. Then creating the stereotypes people know today.

Cross said the turning point for pitbulls was the 2007 arrest of NFL player Michael Vick’s for dogfighting. Pitbulls became the victims instead of the instigators, as the public learned about the brutal treatment of the dogs.

“Before that, we were all working in the trenches, quietly helping the dogs,” she said. “Because of that, more people started recognizing that the dogs are not at fault here. The dogs are the victims.”

Many nonprofits are working with their communities to reduce the stigma surrounding pitbulls. For example, the Charlotte-based American Pitbull Foundation actively works with the community to change the perception of pitbulls through partnerships with local schools. The foundation takes well-trained animals into schools to teach children safe ways to interact with the dogs.

“We start at a younger age to remove that stigma, and let people and children know how great they are,” said Maria Tullo, adoptions coordinator at the American Pitbull Foundation. “In fact, there’s no bad dog out there. It’s all according to the training.”

Out of the Pits has 18 teams of trained therapy pitbulls that visit people in nursing homes, schools and veteran groups. These kinds of activities help the community learn more about the dogs.

Reducing the stigma that surrounds the breed.

“We’re out in the public all the time with well-behaved pitbulls that people can see,” Cross said. “So the dogs sell themselves. The biggest tool we have are wagging tails that make people say, ‘Wow, I never knew that.’”

Based on the awareness efforts various organizations are involved in, it seems this trend will continue, said Vicky Pasenko, co-president of the Evanston Animal Shelter Association in Illinois.

“Sometimes it takes a little longer to adopt out a pitbull,” Pasenko said. “But in the end, it’s always worth the extra effort.”

Shelter pitbulls like Madison have bright futures ahead of them, as people become educated about the dogs and fall in love with the breed again, according to Alanna Polcyn of People Loving Pets Rescue in Los Angeles.

Madison passed away in 2012, but since then Jerome has rescued two more pitbulls, Chloe and Hank.

“I definitely know there are people who used to be afraid of dogs who aren’t because of me,” Jerome said. “Once you own [a pitbull], you realize they’re sweet, cuddly, loving and there’s no reason to be afraid.”

LA Natives You Ought to Know – Lauri Firstenberg of LAX ART

NOSTALGIC MEMORIES OF MY YEARS AT THE BUCKLEY SCHOOL

STUNT PERFORMERS — AND THE INTELLECT BEHIND IT ALL :: AN INTERVIEW WITH WUSHU CHAMPION, SHAHAUB ROUDBARI

A HIGH PROTEIN PASTA THAT IS HEALTHIER FOR YOU