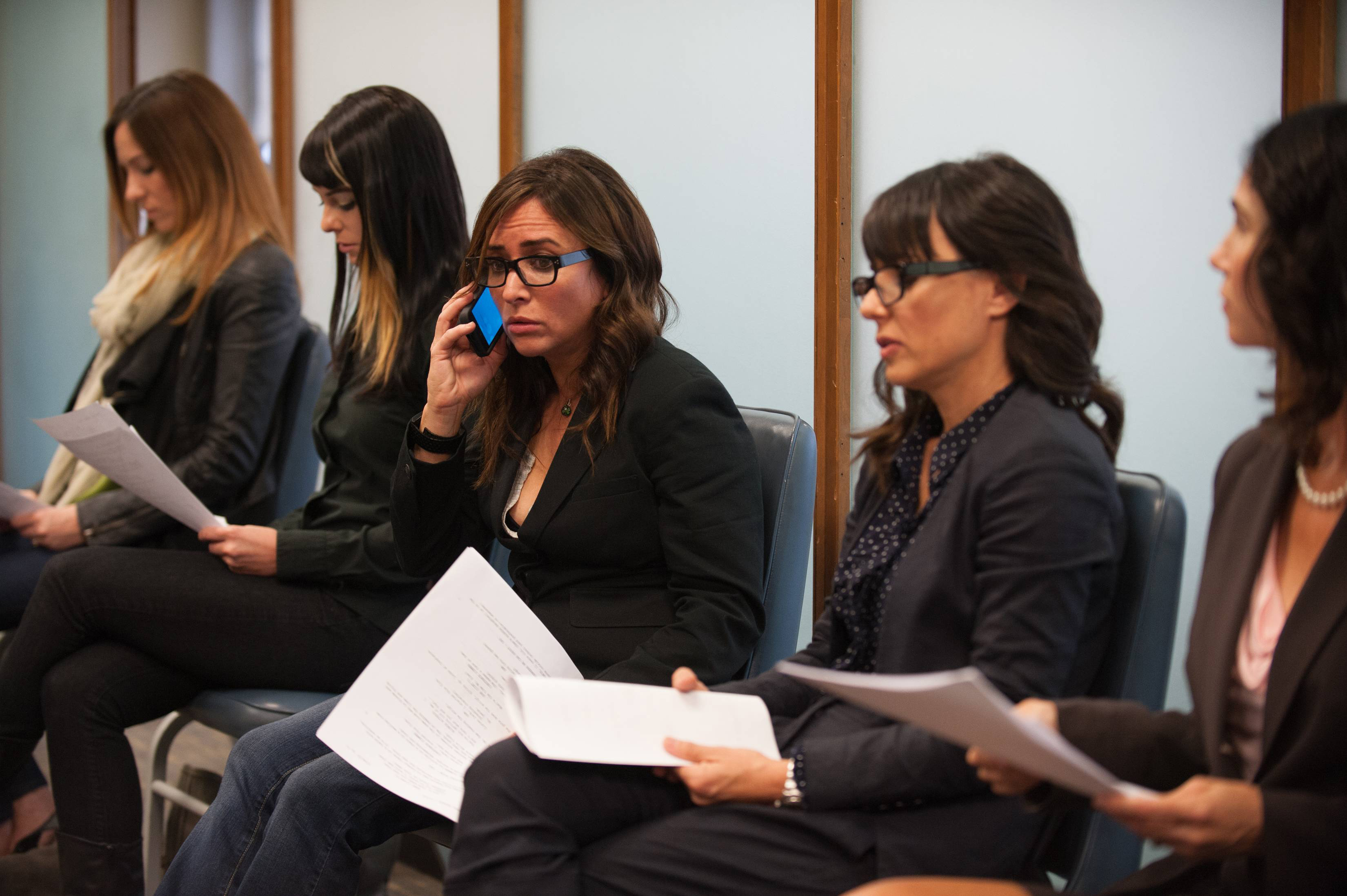 The new comedy/dramedy/parenting semi-biopic BETTER THINGS FX just premiered last night – and it’s brilliant, voyeristic and so darn good.  It coulda, shoulda, woulda been written by me, for me, about me – but instead , PAMELA ADLON did it to the nines and it’s perfect.  Every dirty, delicious, stressful, fantastic, love-filled, lonely detail of parenting made its way hilariously and dramatically into this show — that it makes you wonder why it’s taken until now for television exes to figure this formulaic chemistry out.

Kudos I guess to Nick Grad, Eric Schrier and all the testosteronies at FX for putting the pedal to the metal on this one. Evidently, they knew a good thing when they saw it.   (Or maybe their wives saw the script.)  Regardless, the green lighters must have seen that the audience is for all.  All those who have gone through girlhood, boyhood, adolescence, teen acne, dating, career struggles, parenting, care taking aging parents – and so on.

I don’t have 3 girls and I’m not a divorced single parent — but I’m a working mother of 2 girls, struggling every day to get the kids to school, food in their mouths, off the pole and forever off the streets.  I need to watch this in the same way I needed to watch SEX AND THE CITY when I was single — and would have needed to watch GIRLS if it was around.

The pilot episode introduces us to all to the leads — and we meet the protagonist, Sam (Pamela Adlon) and her 3 daughters.  The daughters cast are so likable, so lovable, so exhausting and oh so familiar.  Mikey Madison, Hannah Alligood and Olivia Edward are all signs of intelligent casting — and they will be household names years after this show (hopefully) is in syndication.

The lead / writer / creator / producer, Pamela Adlon has always been the one to stand out and is no stranger to standing ovations.  She is the Emmy Award winning actor (King of the Hill, Louie) and is hot in that sassy-smoky-sultry-brunettey Demi Moore, Sela Ward, Neve Campbell, Constance Zimmer sort of way.  She’s the real deal, sans Instagram filters and Pinterest chalkboard fonts.  She’s rock and roll, gritty, tough, rad, hot, smart — and lost like you and me.

BETTER THINGS FX is a semi autobiographical reflection of Pamela Adlon’s tear-out-your-hair efforts of parenting 3 exhausting female offsprings, her struggles of post-divorce dating, her tiresome rounds of humiliating acting auditions — and all the montages of life’s plentiful vicissitudes that color her life.

As odd as it is, this show is today’s LEAVE IT TO BEAVER.  A pure reflection of what is today.  There is no scent of primitively defined nuclear families – or happy resolutions scripted at the end of archaic 30 minute comedies.  The audience will see real parenting and single parenting life stresses, sex and drug nourished kids — and the aches, pains, rises and falls of every day life.

It’s the best thing FX and all of television has on right now.  It’s like a 30 minute selfie Snapchat, but without the narcissism — and it’s fashioned by a sociologically introspective feminist rather than a sorority teen queen or ubiquitous silly millennial.  Pamela Adlon attaches a metaphorical Go-Pro on her head so we, her audience, can laugh at her and her hilarity — or cry in empathy over our self deprecation, oxygen deficient coping mechanisms and blocked out iCals.

+++ The premiere episode of BETTER THINGS FX is now available to stream on FXNOW.  Catch all new episodes THURSDAYS at 10pm on FX.

Disclosure:  This post is sponsored by FX Networks and Better Things, but the content and opinions expressed here are my own.

TOP 18 PLACES TO GO IN THE SAN FERNANDO VALLEY