I want my daughter to throw like a girl 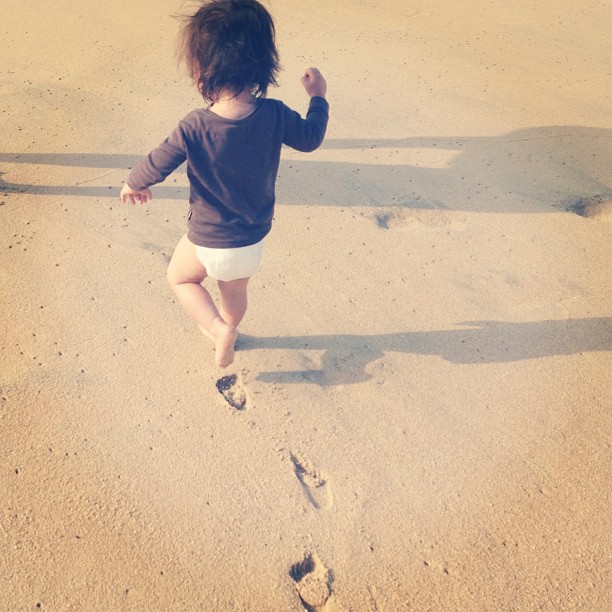 Within a span of 12 hours yesterday, my daughter Eliana (who just turned 3) asked for two things which she said she needed.  Boobies.  And to get her ears pierced.  “I want big boobies.  Elsa has boobies like this,” she said as she extended her cupped hands out in front of her.  “And she walks like this.”  (Eliana walked with her chest out and marched as Elsa did in that ridiculous “Let It Go” Frozen scene where she perturbingly transforms into a 30-year-old-looking empowered being (with assets).)  Later last night, she grabbed my wedding and engagement rings off the counter and put one of each on her ear lobes.  She said that Elsa has rings on her ears and she needs to too.

I thought I was resistant from all this madness since I grew up as a tomboy and never for a second would have insinuated princess or Barbie BS into her psyche.  I was a sociology major at Berkeley and have always been conscious of the role the media institutions play with our children’s (and women’s) psychology.  I am hyper-aware that media and toy corporations can be greedy and irresponsible.

I thought I was in the clear.  Just last month, Eliana was given the choice of signing up for “Tutu Tuesdays” or soccer — and she naturally chose soccer.  It’s not that I don’t want her to do dance or ballet (in fact, I do); but I was proud that that wasn’t the automatic chosen way for my daughter.  “I want to kick the ball HARD,” she insisted.

My mother in law is aware of the way I want to raise my girls – and she gifted me with an autographed copy of “Redefining Girly” by Melissa Atkins Wardy.  It’s an incredible read and I recommend it to all parents.

The words are enlightening and inspiring.  It offers a reminder that there IS an option to raise self-confident girls in today’s girl culture that male CEOs continue to try to define.  (She reminds us not to fall into the pink/blue color scheme scheme, don’t talk about being fat, have educational and responsible magazines displayed, rather than fashion magazines that hyper-sexualize women, etc.)   It is a wonderful book and I am so glad it was written.

The issue though is that these words are obvious to those who are already cognizant and proactive with this sort of thing.   Those who pick up this book are of an audience with the same ethical and responsible fabric already.  Preaching to the choir, you can say.

So, what do we do?  How do you redefine girly?  “Girly” shouldn’t be a bad thing.  It should connote good things, strong things, kickass empowered things.

I am so frustrated, I feel trapped.  My husband and I play soccer with her and read to her, teach her elementary martial arts moves, let her explore the parks and the beaches and nature.  We jam on the drums and the piano and play with legos.  We don’t keep her away from all media — but we also don’t let the television and iPads babysit her either.   She is now in preschool  – so by the mere osmotic processes of socialization, moral/ethical/psychological shapings happen.

To our girls, Frozen and Elsa are ubiquitous — and Sotomayor is still an unknown.

So how do we convince our girls that they too can be President  when “girly” still looks like Elsa?

I don’t have the answer.  I’m asking you.

TJ JACKSON AND HIS JACKSON 9: AN EXCLUSIVE REVEAL