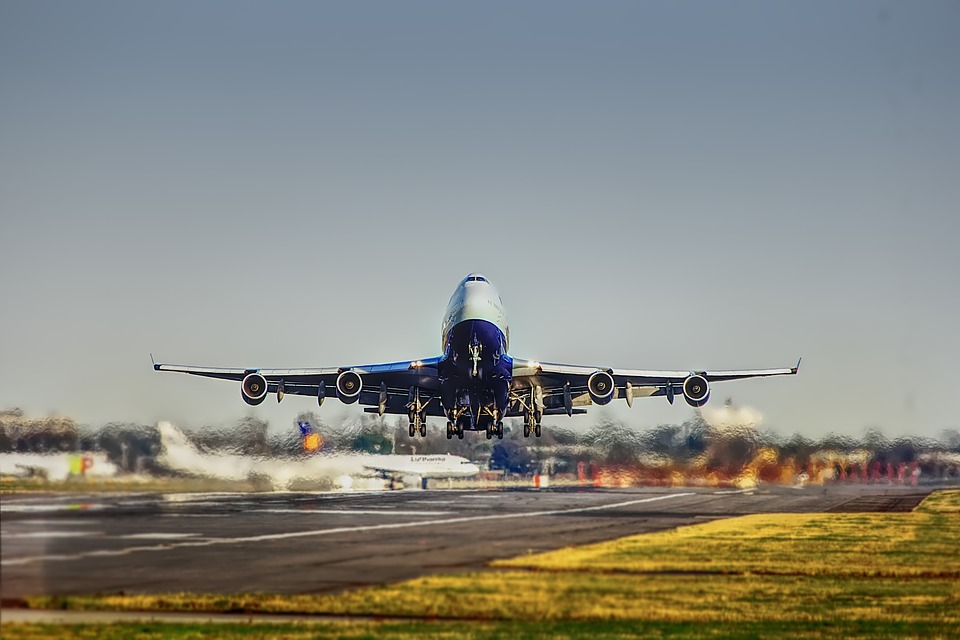 Big Picture. Whether you hear the airplanes or not, you are affected by this change. Your health, your family’s health, the air you breathe, the hiking paths you love, the animals living in the protected parkland, everything will be hurt. Keep in mind if we do not address this now, it will only get worse.  Burbank is set to open a new terminal.  I have no idea how many flights that will add, but it will not be pretty. Burbank Airport’s new flying path will directly affect your children’s health and I don’t say that lightly.

Here are the facts.

The FAA created a new flight path where it never existed before because it is more efficient and cheaper for the airlines.

FAA named it NextGen and it creates a superhighway for airplanes on a very narrowed and funneled path, at significantly lowered altitudes, flying more often and closer together in time

Where Is The Path?

Centered between Carpenter School and the Buckley School both located in the Santa Monica Mountains.  This new path will place 150-200 flights per day over these schools and all affected areas.

What Studies Were Done by FAA and Burbank?

Cardiovascular and respiratory disease, including lung cancer, from airplane exhaust at low altitudes.
https://www.dw.com/en/death-by-aircraft-noise-is-a-real-concern-for-people-living-under-the-flight-path/a-17145308
https://en.m.wikipedia.org/wiki/Health_effects_from_noise
Depression and anxiety from noise pollution. More pronounced health effects on children.
there was a recent study that found exposure to airplane exhaust kills more people than airplane crashes, by thousands.

REGARDING CHILDREN AND SCHOOLS, SPECIFICALLY

“Recent reviews of how noise, and in particular aircraft noise, affect children’s learning have concluded that aircraft noise exposure at school or at home is associated with children having poorer reading and memory skills.  There is also an increasing evidence base which suggests that children exposed to chronic aircraft noise at school have poorer performance on standardized achievement tests, compared with children who are not exposed to aircraft noise. In the limited space available here, it is only possible to discuss some of the central epidemiological field studies forming the empirical basis of these conclusions. The most recent large-scale cross-sectional study…found exposure-response associations between aircraft noise and poorer reading comprehension and poorer recognition memory.”

The whole study can be found here:

Here are 2 more links regarding children:

There are 5 lawsuits that have been consolidated in the court of appeals for the District of Columbia (all FAA cases are required to be filed there).  They involve the “Southern California Metroplex” of airports, which includes Burbank. However, almost all of the briefs and arguments focus solely on LAX. The LA City attorney filed a “friend of the court brief” joining the parties suing the FAA, but again, focused largely on LAX.  Oral arguments are October 18 or 19.  A decision could go either way, and the timing is uncertain regardless.

For those affected by the Burbank flight path change, we have 60 days from the FAA action to challenge or we will likely lose.  That 60 day period is, I think, not until January.  However, the FAA and Burbank have implemented the new flight path already (as we can all hear).  That is apparently unheard of.  Also, putting waypoints near schools, unprecedented. And the FAA did not do any of the required analysis, environmental and health impacts.  They are attempting to slip this by everyone.  And bank on the fact that we cannot get organized or will be unwilling to fight it with time, money and the law.

There are several attorneys that specialize in aviation law and have experience suing the FAA on behalf of community organizations and municipalities. We hope to use them to preserve our rights, and to fight the FAA into changing the oath back to Pre-Nextgen routes. But they are not free, and we will need to fundraise.

With all of the people, children and institutions affected, there must be some who have good connections to help in this endeavor.  And any publicity people can bring to the table would be so helpful!  Please help in any way you can!  And go to the October 18 meeting 6-8 pm Buena Vista Library, Burbank! Thank you for reading — and please sign up for airnoise.io.

HOME WITH YOUR SICK KID?