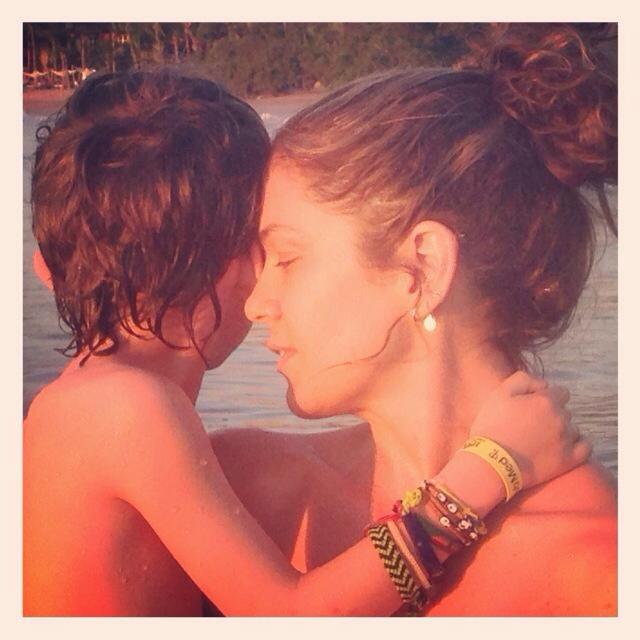 The documentary, WHEN THE BOUGH BREAKS is a harrowing, inspiring and deeply revealing look into postpartum depression, postpartum psychosis and all the complicated interweavings. It’s executive produced and beautifully narrated by Brooke Shields, also a postpartum depression sufferer and the author of Down Came the Rain: My Journey Through Postpartum Depression and stars my dear friend Lindsay Gerszt, a loving and beloved mother who has been suffering from postpartum depression for 7 years.

The camera reveals her humbling and arduous postpartum path —  and her committed journey toward recovery. We hear from celebrities suffering from this illness as well as from women from all walks of life. And we meet mothers who have committed infanticide and individuals who have lost their wives and mothers to suicide. 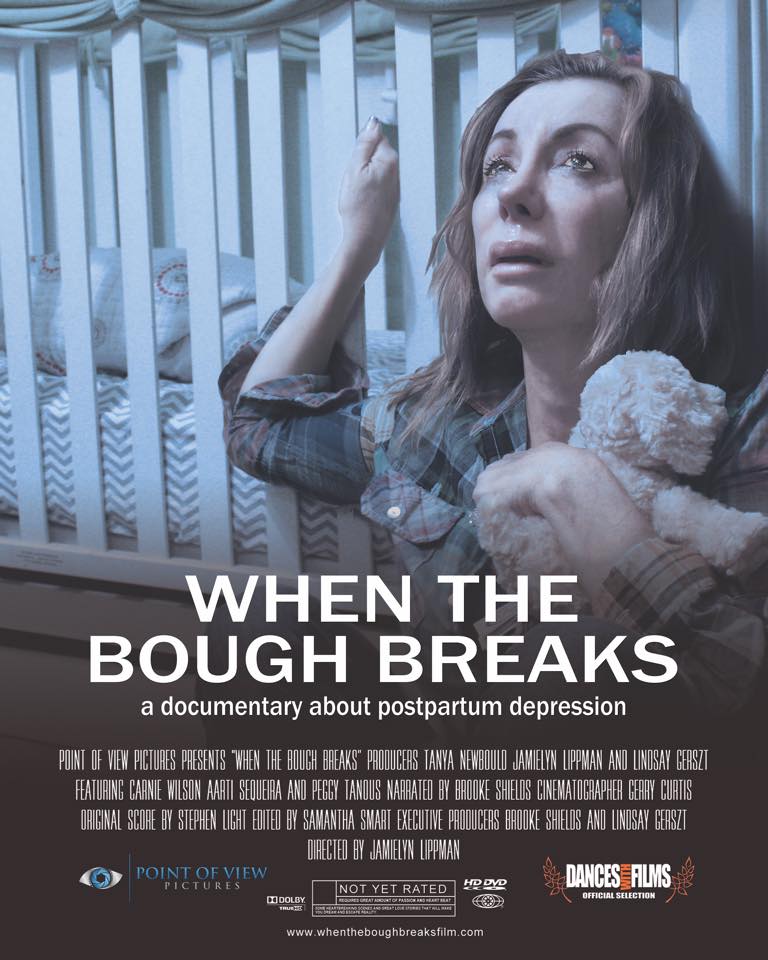 “When the Bough Breaks” Documentary: an Interview Lindsay Gerszt

We gaze at Lindsay doing everything she can to not fall further into darkness – vigilantly taking a slew of prescription medications, popping vitamins and seeking out all alternative treatments such as acupuncture and TMS (transcranial magnetic stimulation). What’s especially poignant too is gaining the vantage point of her husband and understanding the path he has been journeying. We see postpartum depression metastasize from the mother through an entire family — something that isn’t discussed too often — and we’re reminded it’s an illness louder than one individual.

Postpartum depression is a mental illness that is so far reaching and such a hard onion to peel –  but this film optimistically shows that we are getting there. It is a brave look and a huge foray into breaking the silence and finding answers.

May is Mental Health Awareness Month.  So please see this film now on NETFLIX or iTunes! It’s provides light and an education for those who suffer from postpartum depression/psychosis, the friends and families surrounding them – and those who know nothing about it.

As I conveyed to Lindsay, I was so awestruck by this film. My only mistake was not watching it sooner. It carries with it such emotional and crucial storytelling and I’m boundlessly impressed by the responsibility that Lindsay and her co-producers and filmmakers took on. I am grateful to them for making this film — and am humbled that Lindsay agreed to an interview. Thank you, Lindsay.

It’s rare that we get a glimpse into the spouse’s/significant other’s emotional torrents. It was a brave look into your husband’s side, a discussion that isn’t carried enough in our society. We focus on the woman, understandably, but it’s of huge importance, too, that we see another side. How did your husband handle your postpartum depression? It seems from the documentary, that he understood it well – and is extremely sympathetic. Was he like this from the beginning — and how would you suggest woman going through postpartum depression deal with this if they don’t have the support of their partners/spouses?

I think for most couples there is a vision and an expectation of what life will be like after a baby comes home.  When that vision does not become a reality there is often confusion and sometimes anger.  My husband did not handle my postpartum depression well.  His vision of a “family” was destroyed by my illness.  He was very angry with me and we had a tumultuous relationship for many years.  It was not until he was interviewed for the film that he and I both realized that he also suffered due to my illness.  Husbands and partners need support too.

What is your end goal as a mother who has gone through / is going through postpartum depression?

I truly believe that if we have to go through such pain there has to be a reason or purpose to it.   I feel so grateful to have been given the opportunity to make WHEN THE BOUGH BREAKS and share my story.  My end goal is to continue to create awareness for such a common illness that affects so many.  I hope by sharing my story and using my voice that others will open up and share their story or get the help they need!

What is your goal with the distribution of the documentary?

It is a film that everyone needs to see.  Being that up to 1 in 5 new mothers will suffer from a perinatal mood disorder, almost everyone will know someone who has been affected by it.  We are thrilled that the film has been widely released on iTunes and most VOD platforms along with Netflix.  We hope it continues to be watched and shared for many years to come.

How do you communicate this with your son? How would you suggest it’s communicated to children?

My son and I have a very close bond.  He was interviewed for the film and to me when you see his sweet face at the end of the movie it is so touching and a beautiful moment.  Because we made this film I had to speak to him about what we went through with postpartum depression.  Although he does not know many details, he understands that I had a hard time when he was a baby but that has never changed how much I love him.

I think that it is important to speak to our children about our experiences because this is real life.  If they see us having a hard time it is important for them to know it is not their fault and that they are loved.  I know one day he will see the film and be proud of his mother for opening up and sharing in hopes of helping other people.

Would you say there is an increase in mental illness, including postpartum depression – or is it just less taboo a subject now so it’s reaching the necessary media attention?

Mental illness has always been around.  There is not an increase — there is just more attention surrounding it due to the media and more people opening up with their own struggles.  I truly believe that those in the public eye; like celebrities sharing their stories has made the subject less taboo.  I also think that when Brooke Shields came out with her book “Down Came The Rain” in 2006 and spoke about her experience in the media it opened the door for so many others to open up.  I find it so sad that women suffer in silence.  So many go through life being depressed because they are ashamed and worried about the stigma attached to postpartum depression.  They do not want to be seen as “crazy” so they stay silent.  I hope this film helps them realize they are not alone and there is help.

Your life has always seemed perfect from the outside. You’re gorgeous, thin, Caucasian, educated, a career woman. Was it hard to admit to yourself that this was going on? Or have you been dealing with depression throughout your years, so you recognized it right away?

Thank you for saying that!  I actually suffered from depression, anxiety and ocd my entire life.  When I was 19, I had to go on antidepressants in order to survive.  Although I have been sad about what I have had to go through, I have never felt ashamed of my illness.  I was very aware that postpartum depression was a big possibility for me.  As soon as it hit me after the birth of my son, I knew what it was and sought treatment right away. The one thing I was not prepared for was how hard it would be to recover.

What are some positive aspects, if any, of going through this?

Finding a support system, growing closer with your husband, growing closer with yourself as a woman and mother….. It sounds very strange but there are so many positive things that have come out of having postpartum depression.  I realized just how big of a fighter and survivor I am.  I’m proud of what I have achieved from my pain.  My father always told me “I have good news and bad news.  The bad news is no one is coming to save you.  The good news is you can save yourself.”  And I did.

Would you say no longer have postpartum depression or does one deal with this for the rest of their lives?

Because I have always suffered from depression for so many years it is hard to know if I have truly recovered from postpartum depression.  I work hard everyday to fight my depression.  I also know that I need to stay on medication in order to remain stable.  And I always put one foot in front of the other and do my best to enjoy the moment.  I’m grateful for where I am today!

+ You’re an amazing human and mother, Lindsay. Thank you for this interview, for doing what you do and helping the millions you’ve touched. And a very happy belated Mother’s Day! xo 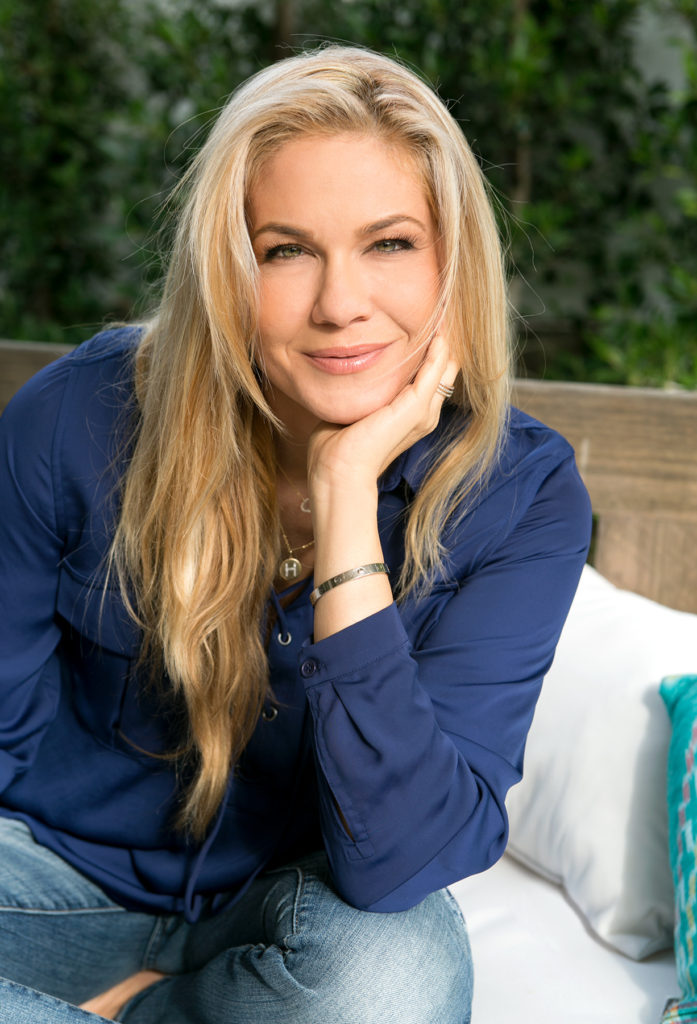 when the bough breaks

HOW PERSEVERANCE, RESILIENCE AND LOVE MADE A BOY THE FASTEST MAN IN THE WORLD :: AN INTERVIEW WITH THE INDELIBLE BLAKE LEEPER #LETLEEPERRUN

CELEBRITY DIETITIAN KIM SHAPIRA — ON HEALTHY EATING + HOW TO BEAT THE BLOAT FOR SUMMER!

HOW TO LOSE PREGNANCY WEIGHT :: AND HOW I LOST 80!

DRINK YOUR GREENS WITH MY CHLOROPHYLL DRINK RECIPE :: A CHLOROPHYLL WATERMELON MINT ELIXIR