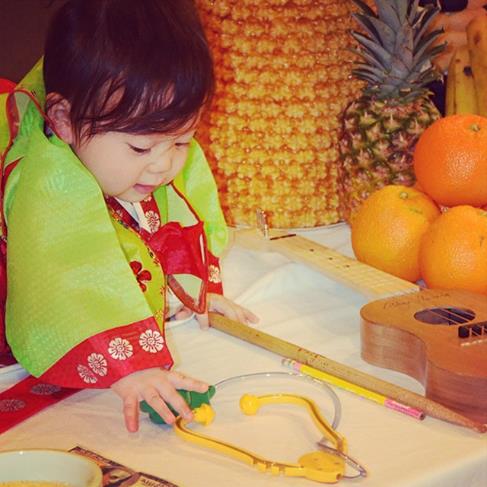 My baby girl Taja turned ONE today — which means that this past weekend was a significant one. We celebrated Taja’s Korean Dol with our parents, siblings, aunts, uncles, cousins, nephews and nieces.  A symbolic and perfectly quaint family party at Yong Susan in Koreatown.

WHAT IS A KOREAN DOL CELEBRATION?

In the Korean tradition, this is a big celebration — on par with weddings.  It symbolizes a huge feat which is the child’s survival of his/her first year.  (Originating from Korea’s historically high infant mortality rate, reaching the first birthday was a huge milestone.  Today the 100th day (baekil), 1st year and 60th-year birthdays remain the greatest milestones in the Korean tradition.)

There is a lot of food and Korean duk! 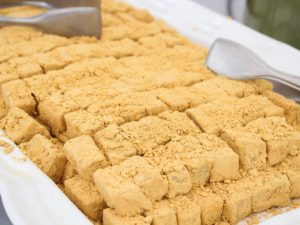 Taja wore a traditional Korean dress called a hanbok — and she engaged in the fortune-telling ritual where she is placed in front of a selection of symbolic objects.  She was encouraged to pick one which is believed will represent or foretell her future.  Taja chose among the following objects placed in front of her:  stethoscope (doctor), gavel (judge), drum sticks (drummer/musician), guitar (guitarist/musician), $100 bill (wealthy businessperson), pencil (scholar), a bowl of rice (will never go hungry), and thread (health and longevity).

To the satisfaction of her Halmuhnee (my mother), she picked the stethoscope first, followed by the gavel.

BEST THINGS TO DO IN SEOUL KOREA

DR. JENNIFER JONES, Ph.D. – a beautiful career mom and The Woman Behind The Wo(men) – on parenting

HOW TO MAKE YOUR OWN ALMOND MILK (WITHOUT CARRAGEENANS!)